College Year in Athens is pleased to announce its first Student Conference “Greece and Beyond: Notions of Identity in the Greek World”

From Herodotus’ common blood kinship to Isocrates’ paideia, the Greek people attempted to define themselves both with respect to their past and the “barbarians” surrounding them. Moreover, the presence of people who had a lasting impact on the Greek populations of the East, such as the Romans, the Ottoman Turks or even the western travellers, emphasized the need to construct a Greek identity. In this chronological and geographical context, a series of questions is raised. First, who are the people called e.g. graeculi, graikoi by others and Hellenes by themselves? Second, what are the “components” of Greekness? What does it mean to be a Greek, and why people need to identify themselves as Greeks? How do ancient views of Greekness conform with or differ from modern views? How do contemporary challenges (ranging from population movements to supra-national structures) shape and reshape national identities and offer diverse answers to the question ‘who’s a Greek’?

Students of the undergraduate level from all departments and programs in Humanities and Social Sciences are welcome to submit abstracts for papers including, but not limited to, the following themes:

the role of myth in the construction of Greekness in ancient literature
identity in the service of political propaganda
language as a criterion of self-definition
the power of images: representations of identity in the visual arts
the Greeks and their land as others view them
Students wishing to present a paper must submit an abstract of approximately 300 words (double-spaced Times New Roman) to Prof. Demetrios Kritsotakis ([email protected]) by February 20, 2017. Please, state your name and affiliation on a separate page. Papers should be 15-20 minutes in length at the most. Applicants will be notified of their status by March 1, 2017. More information will be available on our website soon. 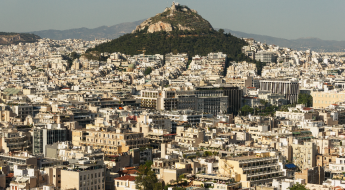 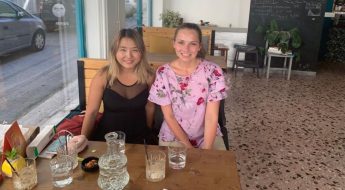