When I’m asked what it was like when I get home in a month, I hope to show them this.

Pause. When I think about all the things I’ve done this semester, it’s feels unrealistically real, honestly. Time is moving, but rarely does it feel like it’s going that fast. We only have 4 weeks left and I am finally starting to understand my place here in Greece. It’s happening. After a long hiatus from writing, I’d like to update you on where I’ve been and how all such experiences have impacted me more than I thought it would.

Metsovo. A quiet little town with strong historical ties to the Ottoman Empire, the place prides itself on rich detail, a strong presence and delicious meat. Mountainous views and red roofs that remind me of fall, which is so unlike Greece, surround Metsovo. Fall isn’t really a thing here, at least in Athens, that is. You see the resemblance when looking around at the colorful leaves lining the streets, when your breath fogs up your glasses and the jittery shivers of cold become present. This village was unlike anything I’ve experienced in Greece and I plan on coming back.

Meteora. There is a reason why monasteries were built on these giant rocks protruding the Earth, because seeing something like this only makes me want to believe in something more. Faith is like that. Believing in something you wouldn’t think exists because physical proof seems almost impossible. Though this not a talk about what I believe in, I hope you get the idea. In lieu of the astonishing sights, I probably took about 50 photographs of the same thing, just because I wanted to remind myself of how incredible the sight was.

Nafplio. A city that used to be the capital of Greece, Nafplio is known for its old and original lifestyle. The city has the BEST gelato with the BEST whipped cream I’ve ever had. Hands down. I asked for the almond and dark chocolate flavors, with of course, extra whipped cream. I think I would personally sacrifice myself to the Gods just to get one more chance at that beautiful gelato again. Nafplio also has beautiful imagery everywhere you look. There is a path along the water with a perfect view of beautiful and bright stars (I have a thing for stars, in case you wanted to know). Along with this, I ended up seeing a local pottery man 3 times in 2 days of being there. Unfortunately, I cannot spell his name and if I tried, I would seriously butcher it. I don’t want to feel like a disgrace so I am leaving his name alone. He told me all about his business: how long he’s been running it, his long hours of glazing, his experience with his work and the ins and outs of perfecting pottery. So, I decided to come back, and then again a third time. If you ever go to Nafplio, be sure to stop by his shop. He sells beautiful evil eyes with colorful glazes that make the clay piece look out of this world. I bought 4.

Olympia. A blur of sorts. Not just because I had a terrible stye on my eye, but also because I only spent one day here. I had the chance to see Epidaurus: the crazy, huge and best acoustic theatre there ever was. I stood in the middle of the platform and my friends up at the top said they actually could hear me talking. I promise I was not yelling.

Our British professor Pitt also helped us navigate through the very restored ruins. He described it as such, “about 5% of this structure is ruins, the rest is just feta cheese.” Thank you Pitt, for your very thoughtful appreciation of ruins and restoration. I will take that with me until the end of my day.

Sparta. We didn’t do much here, mostly because the whole town has nothing left of the actual ruins of the Spartans. However, I fell in love with the view of Sparta. My group hiked up to the site of Menelaion and I can’t even put into words how wonderful it was to feel the wind against my face and an actual moment of serenity. You know, I’ve had my fair share of traumatizing moments here in Greece, but this was not one of them. I felt so completely content and that’s what makes it all worth it, right? A moment that gives you a “yes, I am here for a reason and this is it” attitude.

For dinner, a group of students and myself drove up to a taverna on the hill. Lately, I haven’t really been feeling the taverna style dinners, just because I’m craving some Chinese, but opa!!!!!! It was the best Greek food ever. I devoured the Greek salad with feta cheese, the grilled cheese, the sausage and lamb chops and the bread full of tzatziki. For drinks, we filled up pitchers of spring water that poured from various fountains outside of the restaurant. The water was so refreshing and if I could somehow described that water, I’d say full of goodness. It was truly, a unique experience.

Delphi. A short 2-hour drive from Athens, Delphi was beyond words and I am certain now why it was a place to worship and sacrifice to the Gods. It was pouring rain the whole 2 days we were there, but despite this, how could I not be content? I was at the center of the world. I could speak more on it, but I could never do it more justice than this photograph right here.

Athens. The place that’s become my home for the past three months. I find myself learning something new everyday about this city. On Sunday, I volunteered for the Athens Authentic Marathon, where I helped pick up water bottles from runners. I watched spectators cheering for their partner, parent, friend, etc. I saw a man from American suffer an awful cramp to the thigh and an old lady walked over to help him out. I watched a little boy become so excited to help out with the water bottle station that he grabbed an unopened water bottle out of a trash can. This type of enthusiasm was something that I was not expecting and it made me love Athens more than ever.

Later that night, I attended my first Greek soccer game. I have been a soccer player my whole life making this opportunity a blessing of sorts. I became so invested in the game that I ended up feeling like a Greek. I would cheer when they would cheer. I used hand gestures non-stop and I screamed loudly when they tied the game in less than 30 seconds to go. The atmosphere of this soccer game was something I will forever cherish.

***Here’s the thing. This reflection is ultimately here, to remind myself of the experiences I’ve already forgotten about. Not because I don’t want to remember them, but because studying abroad feels like a blur of time with countless experiences that could never be fully reflected on. When I’m asked what it was like when I get home in a month, I hope to show them this.

Greece has given me so many moments I couldn’t even imagine I’d have before I came on this trip. This country has slowly and surely woven its way into my heart, because there is so much I already know, but am still excited to learn more about. Right now, I am paused in my journey to reflect and share my story, but am ready to hit play again. You see, I only have four more weeks left. So, ready, set, go.

Maddi Brenner is pursuing a degree in Public Relations and Advertising with a minor in English and Profession Writing from DePaul University and is a official Fall 2016 CYA blogger! 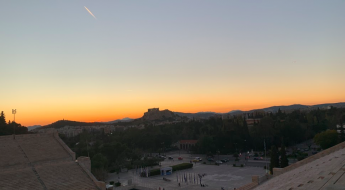 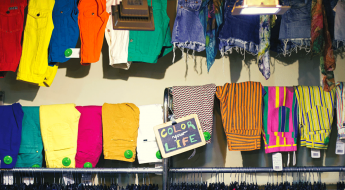 September 10, 2019
« Previous post
A Drone Flight around Acropolis in Athens, Greece
Next post »
A young Alexander The Great passing by…