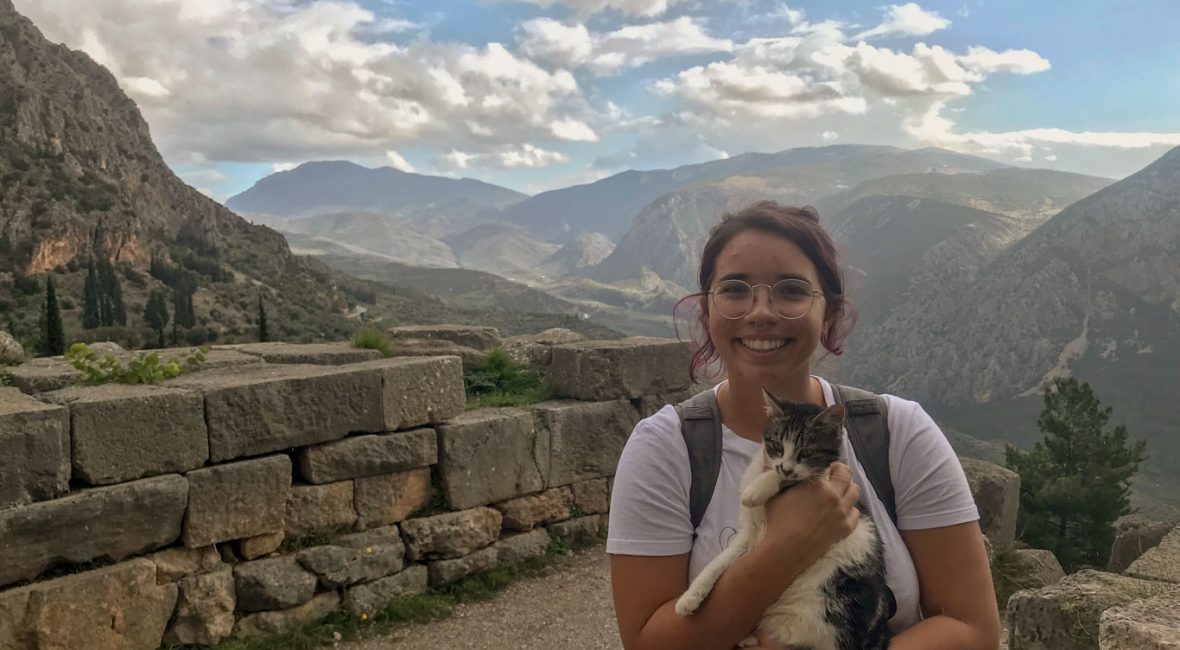 This semester at CYA, I have done a fair amount of travel, but I am one of the few people I know that has not yet left the country. The main reason for this is simply that I love Greece. I love the food, the people, the ease of travel, the sights, and the history! Staying in Greece has allowed me to see six Greek islands, three places in northern Greece, and the peninsula of the Peloponnese.

Before coming here, my travel plans were wide open. My calendar weekends were preemptively labeled with question marks after names of different countries, but as those dates actually approached, the hypothetical ‘Amsterdam?’, ‘Italy?’, and ‘Spain?’ were replaced with ‘Thessaloniki!’, ‘Paros!’, and ‘Delphi!’. My deep-rooted attachment to Greece was not strategic since I didn’t think: “I’m not going to leave the country for the whole semester”; yet, when early November rolled around, I thought to myself.. “Hmmm.. I haven’t left the country for the whole semester”.

This is not to say I haven’t traveled. Including CYA field-trips and optional trips, I have visited 10 unique places in Greece (and one of these places twice!). I have been to Delphi (twice!), Mykonos, Crete, Santorini, Metsovo, the Peloponnese, Thessaloniki, Paros, Antiparos, and a few weekends ago, I headed to Agistri. 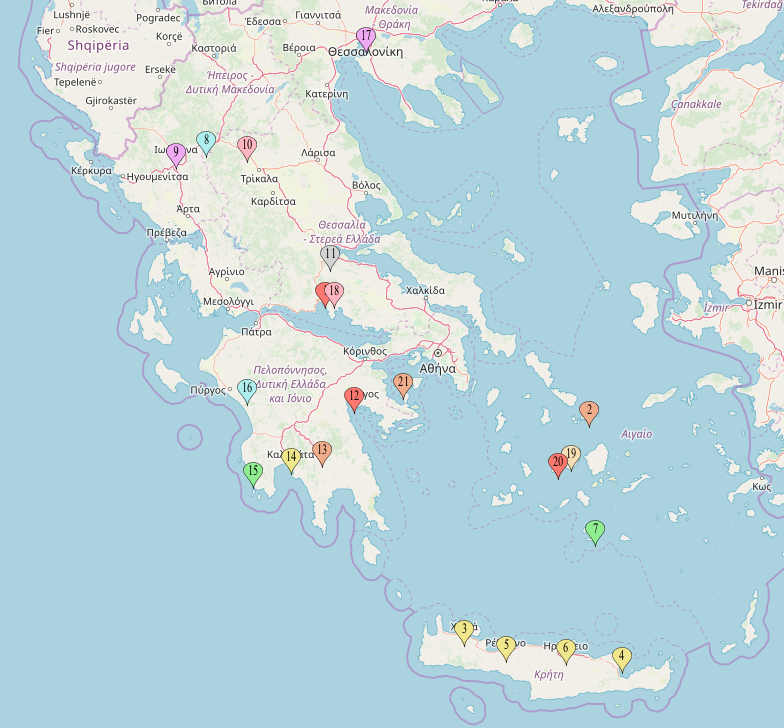 One visit is not enough

I love to hike, and Greece’s mountains are some of the most beautiful I have seen in the world. The allure of the limestone peaks is impossible to ignore and brought me back to Delphi to show a visitor from the States. 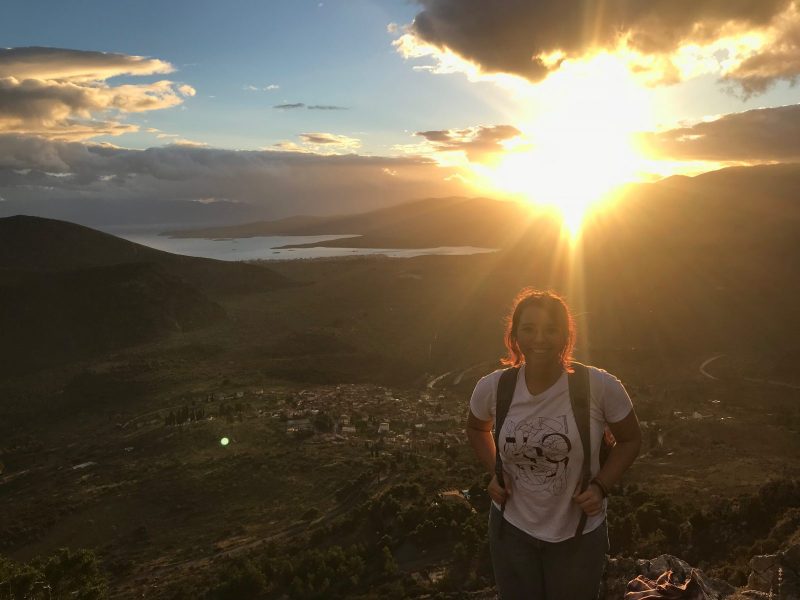 We hiked part of the long-distance European (E4) trail through the mountains of Delphi. We followed ancient footpaths up Mt. Krokos via the Archaio Monopati (often considered the oldest still-used footpath on the planet). The whole way up the lovely sloping hill leading to colossal Mt. Parnassus, we absentmindedly chatted about Greek mythology while walking the exact same path that would have led worshipers of Pan into the Crocyean Grotto and up to Mt. Parnassus in antiquity. To say it was amazing or cool is a bit of an understatement.

I love being fully entrenched in Greek culture. As CYA often tells us, while here “try to live as the Greeks do”. This little slogan has driven me during my time here in Greece. From following ancient footpaths to taking a ferry to an island with a little over 1,000 permanent residents, I have been seeking out Greek culture in the nooks and crannies of the country.

The only tourist on the island

Over the fall break, I also visited the islands of Paros and Antiparos, again seeking out hiking trails and beautiful views. We took a ferry from Piraeus port to Paros, a large island in the Cyclades. We spent our Thanksgiving dinner at an ouzerie, where we ate wonderful fried octopus and seafood pasta. The locals were so warm and helpful to us because, to be 100% honest, we were the only tourists on the island. Since November is off-season for tourism, the streets were empty and the towns were quiet. I loved traveling to an island during the off-season. Don’t get me wrong, the more touristy islands at the beginning of summer can also be beautiful and fun, but there was just an indescribable quality about getting a glimpse of island life in the winter.

On our next day on the island, we took a 1-euro ferry ride to Antiparos. Locals on this second, smaller island were very surprised to see us there but excited that we came to see their lovely little island. We called the one taxi driver on the island and he drove us to the village of Agios Georgios. We hiked up to a small church on the highest point of the island called Prophet Ilias. After this, we meandered down an old copper mine road to a beach called Monasteria. On the 8 km hike, we didn’t see anybody else aside from a very friendly dog, who followed us along the trail for half a kilometer. The quiet beach was straight out of a Homer epic and we sat by the water throwing chunks of marble into the ocean. 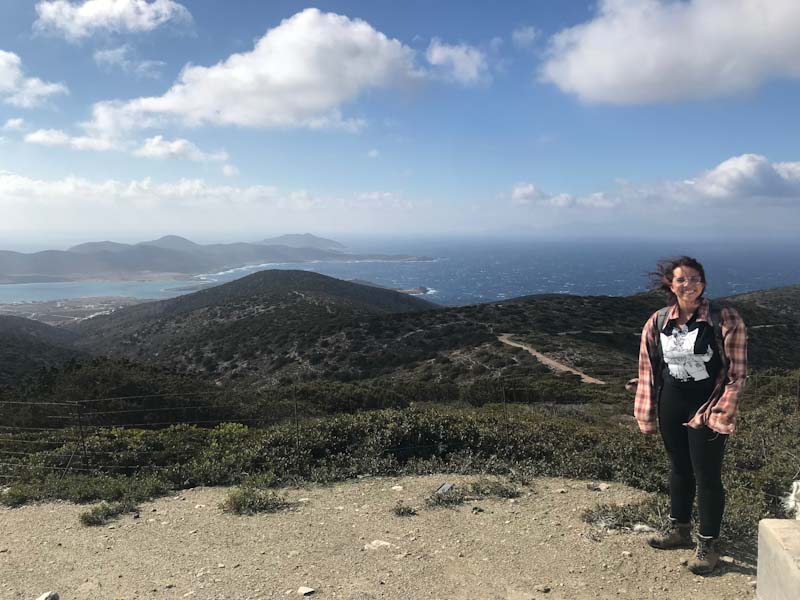 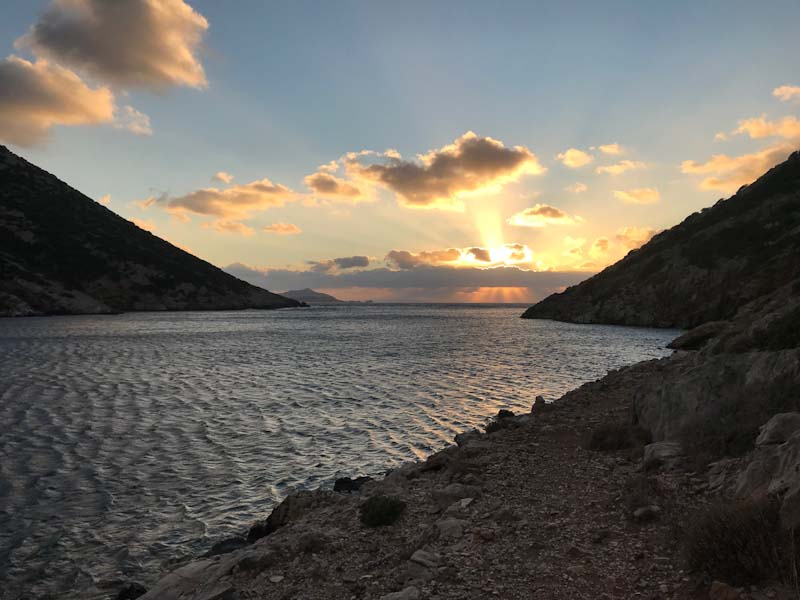 Agistri
Swimming on the last day of November

Recently, I took a day trip to a Saronic Island near Athens called Agistri. The ferry from Piraeus took an hour to get to the island, which has a little over 1,000 inhabitants. It was again off-season for island tourism, so we decided to take advantage of the natural beauty of the island rather than shop and eat. Once on the island, we rented bikes from a shop in the port village of Megalochori and decided to bike the 6.4 kilometers to Aponisos. This was my first time visiting a Saronic island and the difference from the Cycladic islands was very noticeable. Agistri is one of the greenest places I have ever visited. While cruising down the gently winding road across the island, we passed lush green valleys with remnants of ruins peeking through the trees, coves with vibrant turquoise water, and small villages with blossoming bougainvillea. We got to the beach of Aponisos, where a freshwater lake connects a green valley with the sea. We sat for a bit and watched the fish swim between lake and ocean in the incredibly clear water. Afterwards, we biked a little further down the trail and came upon a beach with a little island and a church at the highest point. We were the only people on this little corner of the island and, even though it was the last day of November, we took the opportunity to plunge into the warm, salty water of the Aegean. One thing that’s lovely about Greece is that in some places it is still swimming weather. This island was lovely and again showed me the sheer beauty and diversity of Greek landscapes. 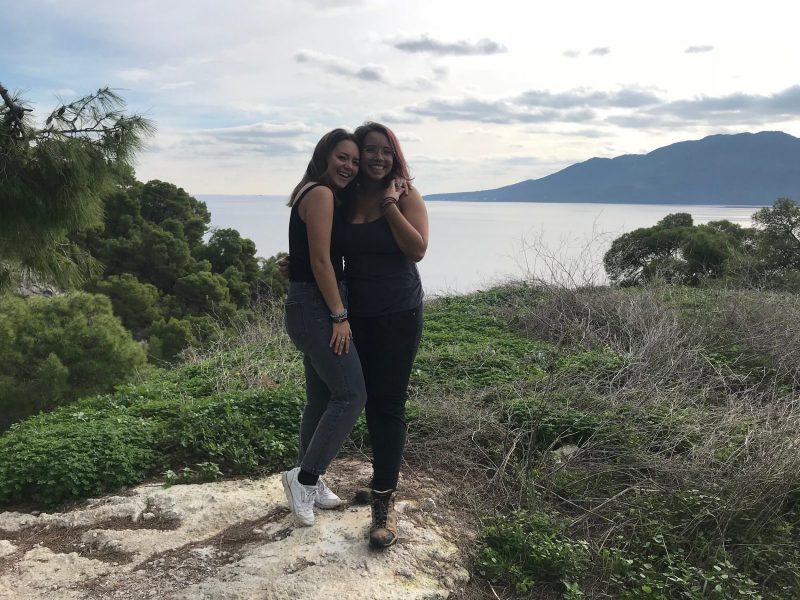 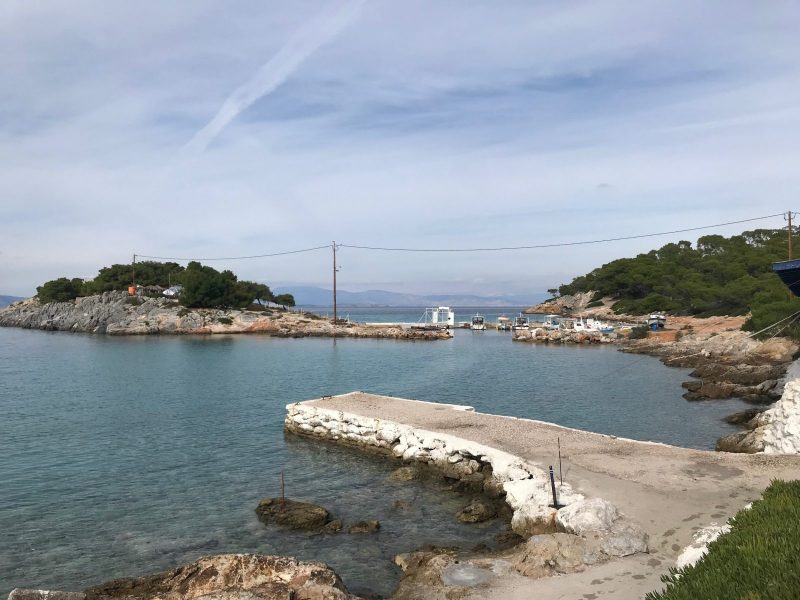 Been there, done that

I was talking to a taxi driver yesterday and while he was trying to give me suggestions for places to visit, I realized many of my answers were “Been there. Visited there. Went there”. He told me that we had truly experienced Greece, if only for a short time- which made my roommate and I proud. I feel so grateful for CYA and for Greece since I have been able to visit so many places in a wonderful country, whether through school or on my own. Part of me feels like I have “done Greece”, but the bigger part of me yearns for more time so I can visit all of the places I have not had time for. That’s the thing about adventure that I think keeps us all going: there’s always more to see and a reason to come back. 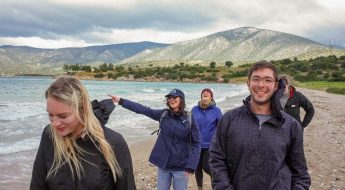 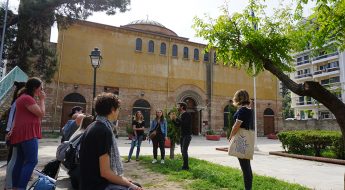 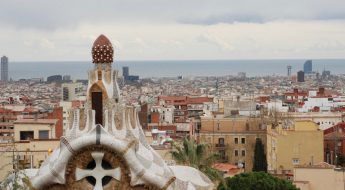