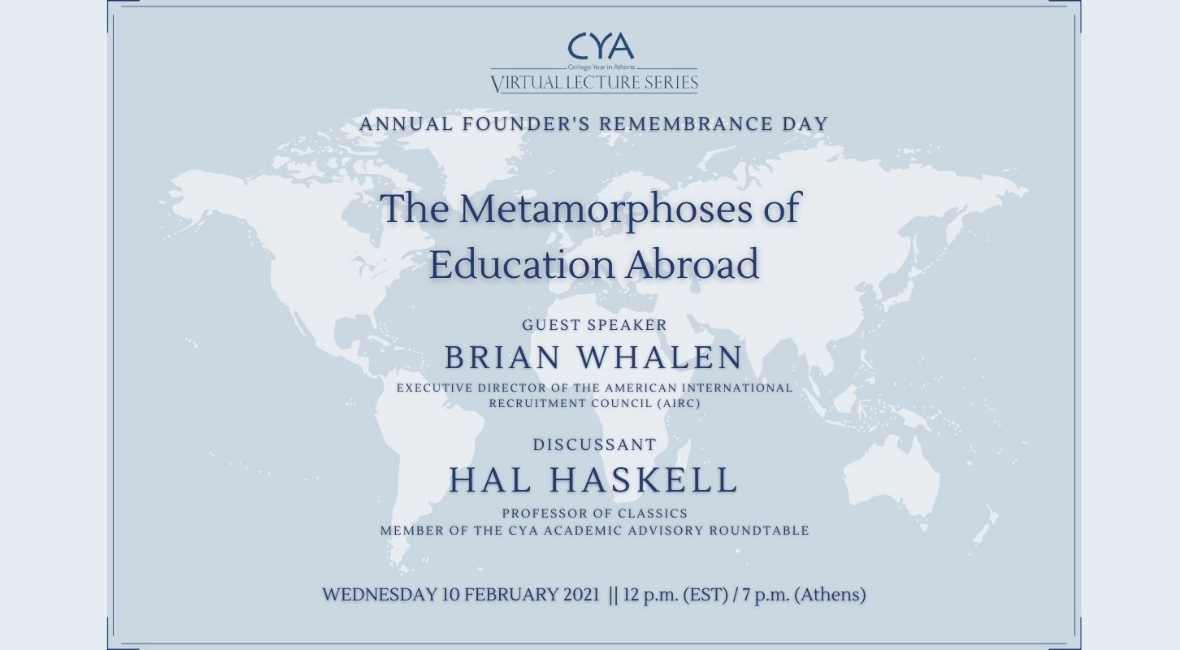 The session began with an introduction by Hal Haskell, the discussion facilitator. Haskell is a widely published scholar in North American and European journals, an expert in Greek and Latin language and literature and Aegean Bronze Age archaeology, and a CYA Academic Advisory Roundtable member.

Brian Whalen started his lecture with a history of Study Abroad. “In early America, travel abroad for educational purposes was commonplace. Scores of American students traveled overseas for specialized study at the graduate level before the United States developed Research Universities.”  Whalen offered the example of Benjamin Rush, founder of Dickinson College. Rush had studied at the University of Edinburgh and had been influenced by the benefits of studying abroad. “We might call Rush the first Study Abroad Advisor”.

It was a little more than a century later that Study Abroad became an organized activity. Whalen gave examples and offered visual evidence for the early forms of Study Abroad Programs, beginning in 1880 (Indiana University). One of the flyers in the presentation gives us evidence that these programs required a lot of walking! “A walk of 250 miles” the flyer reads, a quick reminder of the differences between past and present. 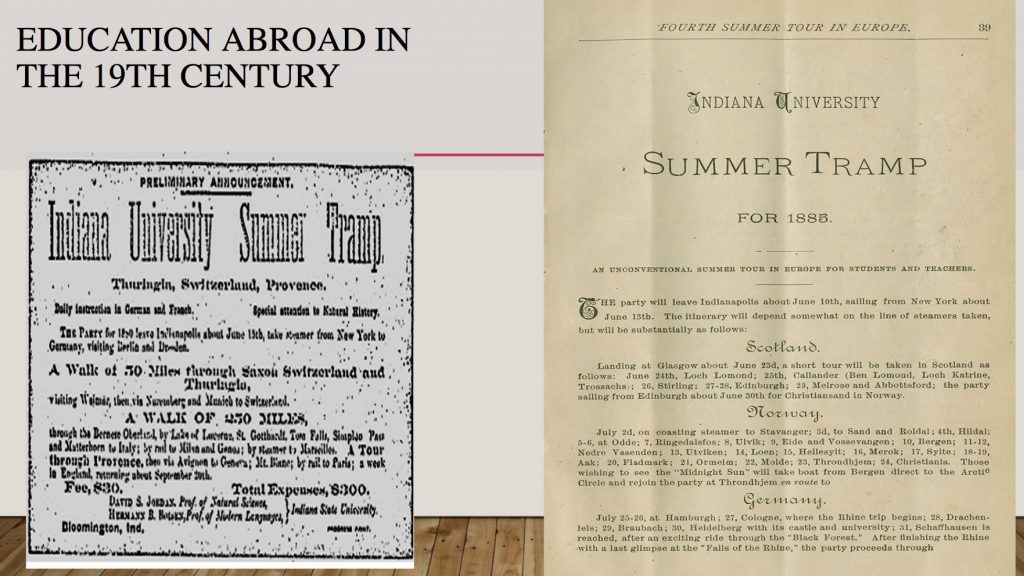 A new model for Education Abroad emerged after World War I. This period in the development of the field lasted until roughly the period after World War II. “During this period of extreme global conflict, Study Abroad offered hope of helping to resolve conflict.” This model also had in mind the professional development of students, especially male students. However, Whalen notes that the programs “mostly attracted the participation of women, many of whom went on to become teachers.”

The next period of development, which lasted until the late 1960s, includes the founding of College Year in Athens. Here Whalen offers a quote written by Vice President Lyndon Johnson written on the 1962-63 edition of A Guide to Study Abroad.“As I look ahead to the challenges confronting America, I would strongly advise our qualified men and women to consider the prospect of some study abroad.”

Whalen eventually reaches the last period of the evolution of Education Abroad, lasting to today, during which we have seen “a continuing expansion of the field of Study Abroad in many respects.”  He stressed the important steps the field has taken in encouraging diversity among students, overcoming the selectiveness of the past. 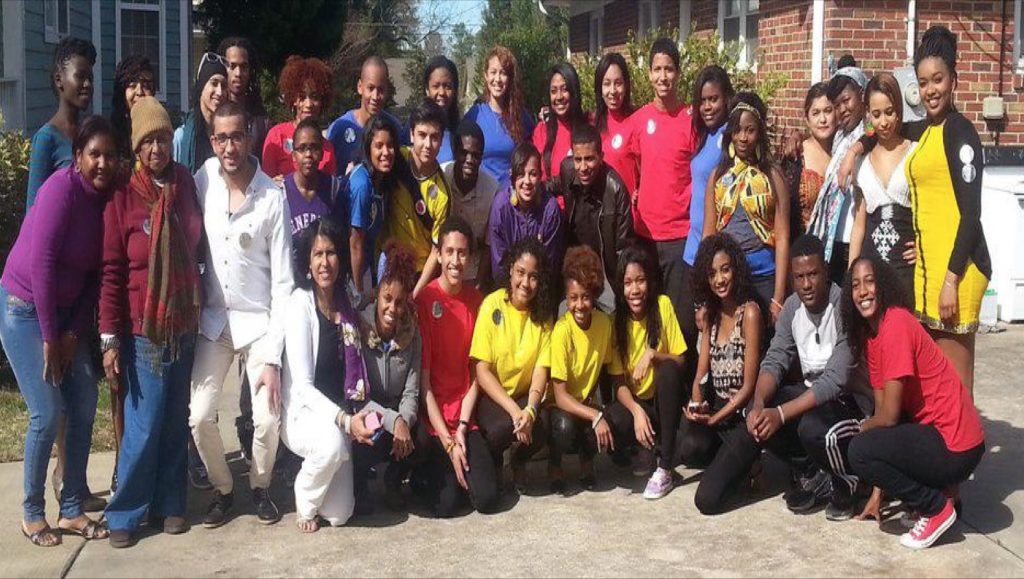 Whalen then turned to the impact of the Covid-19 pandemic in this field and the Future of Education Abroad. “Education abroad’s post-pandemic return will bring high scrutiny regarding its value. This will cause the field to evolve in creative ways.”

He went on to give three ‘Pathways forward’:

– We need to address global challenges through a multidisciplinary approach

– Students’ flexibility and resilience will lead to a new paradigm of study-abroad.

Whalen ended his lecture by showing participants a photograph of his son studying with CYA in 2011. The image is set in front of the Parthenon and shows the young man listening to CYA professor Tassos Tanoulas (a valued member of the Acropolis restoration team since 1977). “I believe the vision of Ismene Phylactopoulou was the vision of transforming lives,” Whalen remarks. “Here is the evidence that CYA does exactly that.” 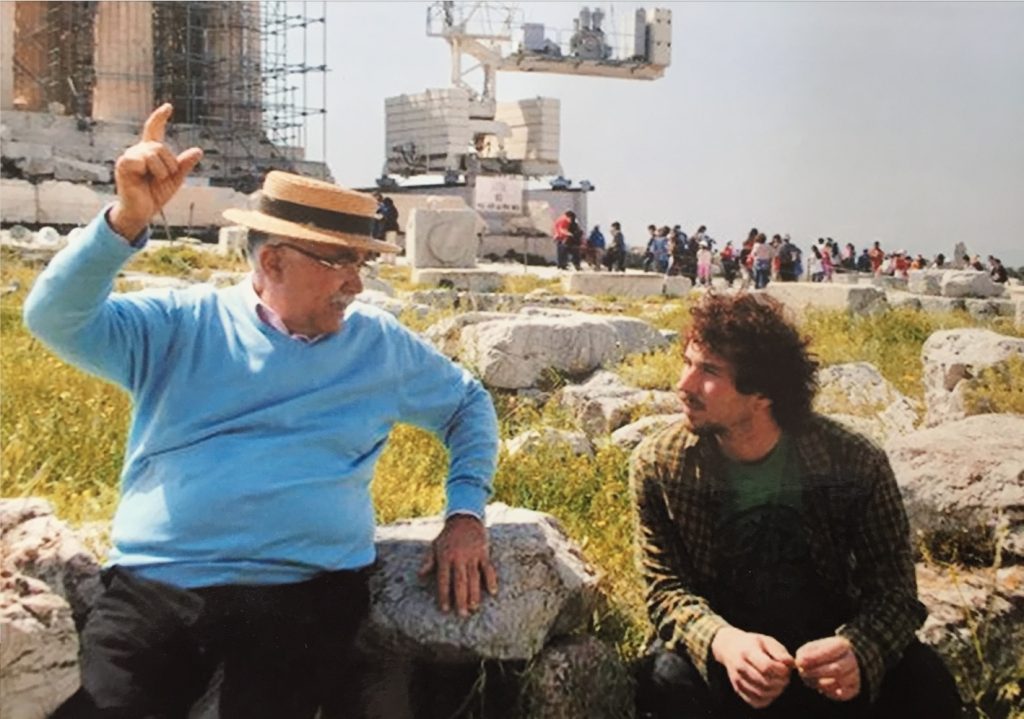