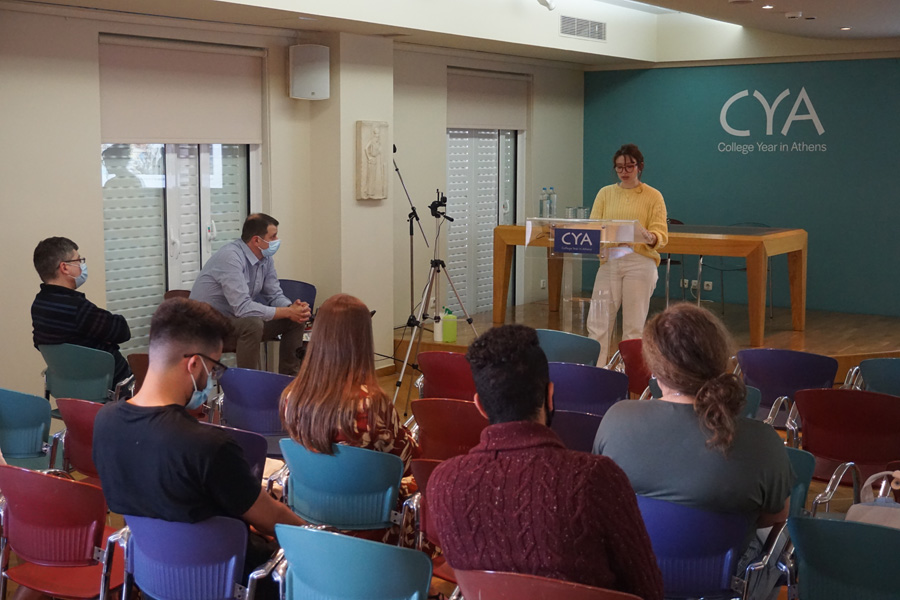 The 4rd CYA Annual Student Conference “People on the Move – Migration, Refugees, and Human Mobility in the Past and Present” took place on April 26-27, 2021.

The conference stimulated a broad-based and multi-disciplinary discussion on issues pertaining to migration and human mobility, issues that have come to the fore in the social sciences during the past years.

The participation was large and enthusiastic. Seven young CYA scholars and a CYA alumna presented their original research pertaining to different aspects of migration studies. Even during restrictive measures for the prevention of Covid-19, the conference continued its recent tradition of successfully providing a stimulating opportunity for students to present their academic research.

Caroline J. Tyler (College of the Holy Cross) opened the session with her presentation on the “Migration of Icons”, which closely examined Byzantine and Greek icons and compared them to Russian icons.

Steven Dierkes (College of the Holy Cross) followed, with a presentation titled ‘Rebetiko: Music of the Arrivals’. In his research, Dierkes spoke with Greek musicians about their experiences in order to gain a first-hand understanding of the evolution of Rebetiko music, and the role migration played in its shaping. In his presentation, exploring the question of whether the current revivals of the genre in Greece are still linked to the migrations that took place a century ago.

The session’s third presentation was given by Jennifer Rubin (University of North Carolina at Chapel Hill) and was titled ‘Modern Diasporas: The Case of Bukharan Jews’. Rubin’s presentation examined how Western narratives about Bukharan culture explain the way Bukharan Judaism has transcended the need for a physical religious center and addressed the question of how this civilization remains a relevant and dynamic part of contemporary global Jewish culture.

The last student paper was presented by CYA alumna of 2020, Jenny Cheung. Titled ‘Jewish Resistance against Deportations and Persecution during WWII in Greece’, the paper examined the ways in which Greek Jews responded to and resisted deportations of Greek Jews in Thessaloniki, forced by the Nazis during the Axis invasion.

The second day of the conference examined questions of modern-day migration, under the subject ‘Migration and Refugees in Greece and Beyond’.

Mackenzie Baldner (DePaul University) opened the session with her paper ‘Refugees and Asylum Seekers: Is Unconditional Hospitality the Solution?’, which critically evaluated how different countries receive refugees and asylum seekers. Mackenzie offered an attempt to come closer to understanding how we can effectively and justly incorporate refugees and asylum seekers into the political and social settings of the countries in which they reside.

Following, Anna Gibbons (The University of North Carolina at Chapel Hill) presented her paper ‘The Journeys of Environmental Migration’. One of the paper’s goals was to ‘humanise migration’, in the midst of today’s political climate. Gibbons examined issues plaguing Southeast Asia through data analysis and research that supports future predictions about migration in the area.

The session’s third presentation was given by Grace-Anna Glenn (The University of North Carolina at Chapel Hill), on her paper titled ‘The Vulnerability and Resiliency of Refugee Women in Greece’. Hoping to bring light to the injustices refugee women experience, while also shedding light on their dedication to making a better life for themselves, Glenn’s paper analyzed previous case studies and examined both why women are more vulnerable, and what some case studies have done to make the best out of their hardships.

Samantha Kestler (Illinois Wesleyan University) gave the conference’s last presentation, titled ‘Afghan Refugee Women in Greece: The Art of Starting Over’, in which she discussed programs that help refugee women, and she used primary sources and literature in order to provide an understanding of refugee women, understand the Greek job market, comprehend how those women can be helped by tuition, and ways they can live cohesivevely unity with the local population.

The conference concluded with a gathering at the CYA rooftop where the speakers enjoyed the beautiful view of the Panathenaic Stadium and the Acropolis of Athens, while conversing with CYA President and members of the Conference Committee.

Click here to view all photographs taken during the event 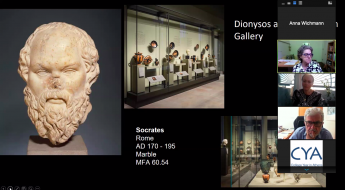 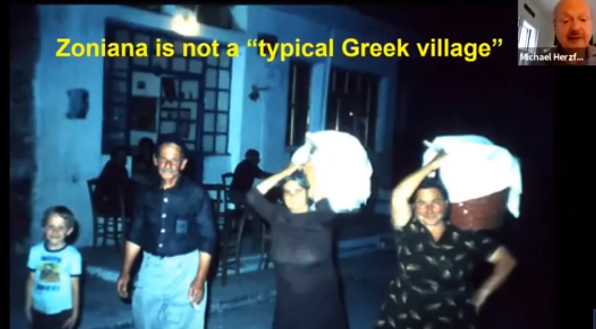